A pioneer in the ag industry

Iron Comps was created by Tractor Zoom, a pioneer in the ag industry and the creator of a unique farm equipment marketplace that aggregates farm machinery auctions from over 450 auction companies. Tractor Zoom streamlines the auction advertising process and expedites purchasing for farmers while increasing inventory options.

We are actively growing our team, check out our open positions.

Our team of advisors play an instrumental role in driving our growth, increasing our impact and expanding our footprint.

Chairman of the Board of Directors

Ken is the Founder and President of Innova Memphis. He’s a US Army Veteran who served honorably as an Infantry Captain and General’s Aide. He worked for General Electric for over 16 years, serving as a VP and General Manager in its Healthcare and Capital businesses. He also served as VP of Sales for DePuy Spine, a Johnson & Johnson company, before moving to Memphis in 2004. Ken was Senior Vice-President for Global Sales with Smith and Nephew Orthopedics, in charge of Sales and Operations for this multi-billion dollar global enterprise. Ken has a history and a passion for helping startup businesses achieve success. He founded Innova Memphis, an early-stage Venture Capital Firm, in 2007. They have raised four Funds, the most recent being Innova Ag Innovation Fund IV, investing in Rural Agricultural Technology companies. Since founding, Innova has invested in over 100 Medical Device, Healthcare, Technology and AgTech companies from their four Funds.

Tim is the Managing Director of Sorin Equity Partners III, LLC. Prior to Sorin, he was Senior Vice President of Strategy and Business Development for Dover Refrigeration and Food Equipment (DRFE), a $2.25 billion global segment of Dover Corporation. Before joining DRFE, he was EVP for Hillphoenix, the leading manufacturer of refrigeration equipment, food displays and services throughout the Americas. Tim was also EVP and a leading shareholder of Barker Company, a designer and manufacturer of custom retail food display systems. Tim practiced mergers & acquisition and corporate law and worked in the tax department for Touché Ross. He holds both a JD and a CPA license. He graduated from the University of Notre Dame and St. Louis University School of Law. He sits on the boards of KPS Global, Barker Company, and Boulder Boat Works, and is an advisor to several private equity funds. 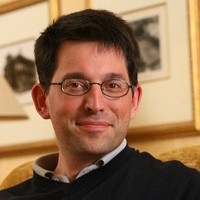 Doug Hohner joined The Boston Consulting Group in 1999. He is a core member of the Industrial Goods and Marketing, Sales, and Pricing (MSP) practices, and he leads BCG's business serving business-to-business distributors Doug leads a group of specialized partners and principals in working with a range of distribution clients to develop strategy and directly drive superior performance. His background includes 15 years focused on industrial distribution businesses across all major segments including MRO (maintenance, repair, and overhaul), technology, office supplies, industrial components and aftermarket, food service, and auto parts.

Darwin is the Co-Founder and Chief Technology Officer of Farm-Op Capital. He grew up on a family farm in western Canada and has an established track record as a business leader, builder and innovator. He founded multiple software, information, and technology enabled services companies and grew them to liquidity events and delivered positive returns for shareholders. Darwin is a thought-leader on the development of information systems and decision support tools that address the unique challenges of managing complex agriculture supply chains. Since 2006, he has led the development of Iron Solutions from trade association publisher to provider of integrated market intelligence and enterprise software services tailored for agricultural retailers. Recently, he completed the equity sale of Iron Solutions Inc. to Trimble Navigation Ltd. He serves on the boards of Western Equipment Dealers Association, Human Talented LLC, and Missions International Inc., and speaks frequently to industry leaders on reducing risk and achieving business results with information and technology. Darwin received his undergraduate and graduate education at Friends University in Wichita, Kansas and Emory, in Atlanta, Georgia. 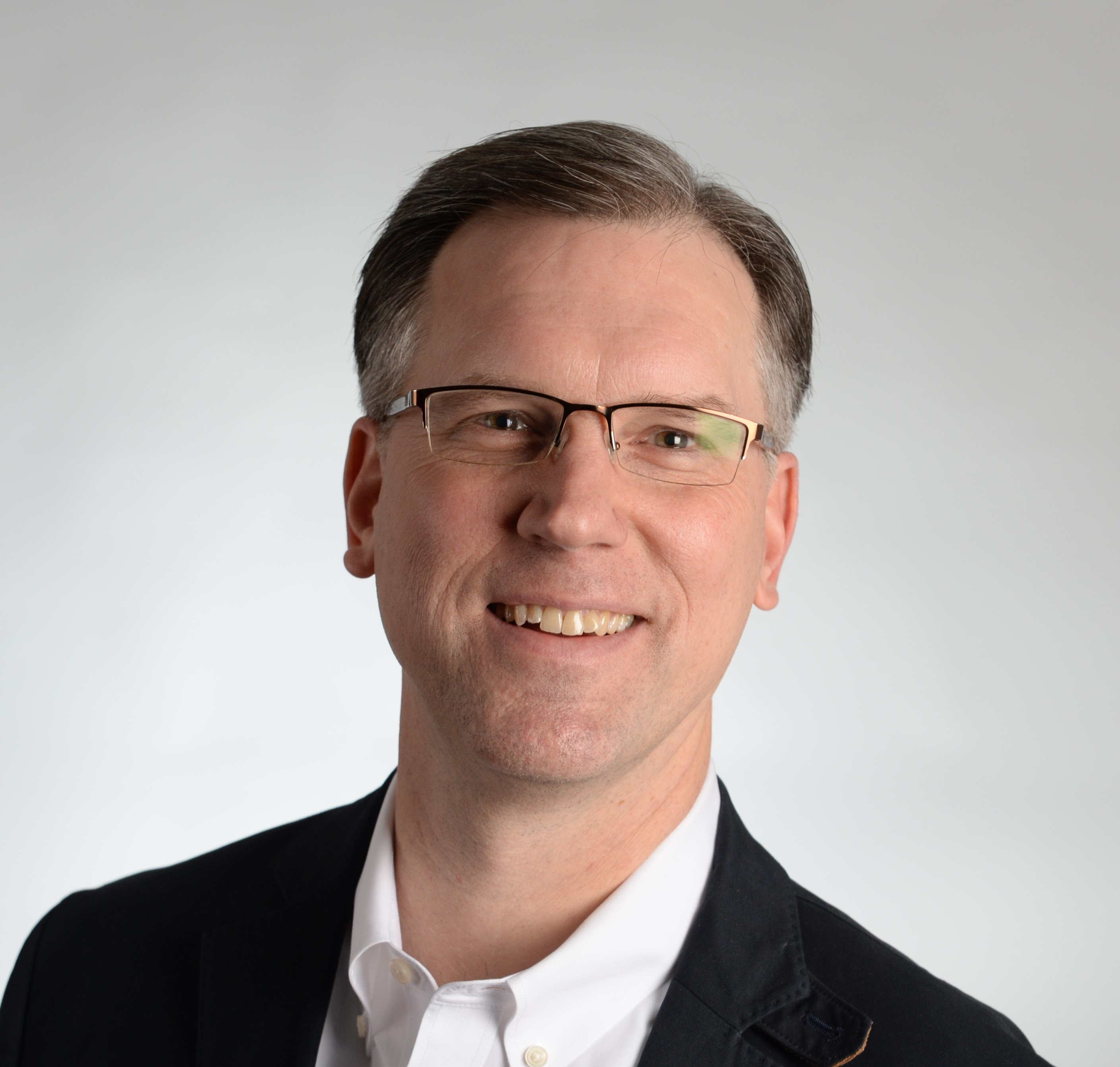 Dave is a Technology Executive focused on helping business scale and leverage technology and people effectively as they grow. He recently completed an 11 year run at Workiva where he was the Sr. Vice-President of Technology. He has been in the technology industry for 30+ years with stints at large enterprises including Hewlett-Packard and Siemens and at startups including Workiva, Engineering Animation, and T.R.A.D.E., Inc. At Workiva he helped to build the development organization and the Wdesk Platform for connected reporting. He is a 1986 graduate of Iowa State University and currently lives in Ames with his wife, Susan. He is active on the Board of Directors of the Technology Association of Iowa, serving as the Chair in 2017, and in general is active in the Iowa technology community through mentoring young entrepreneurs, and advising technology startups. He is also active in the Ames community as a member of the board of the Ames Economic Development Commission. 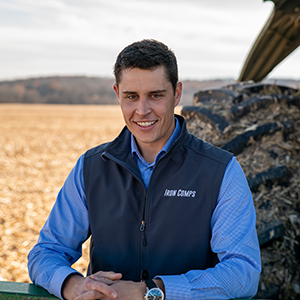 Kyle McMahon is the founder of Tractor Zoom and leads the company as CEO. Kyle is a 3rd generation entrepreneur and actively farms in southeast Iowa. Prior to starting Tractor Zoom, he was the Director of Acquisitions for Summit Agricultural Group where he led a team to buy and sell farmland across the Midwestern corn belt. Kyle co-founded Buch-McMahon Lawn and Landscaping and is a graduate of Iowa State University. 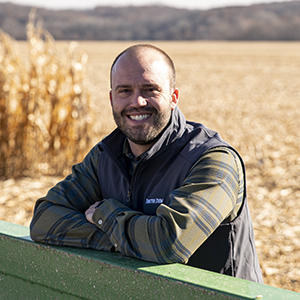 Zac Sandvig is the Head of Financial Oversight and Operations at Tractor Zoom. Previously he was CPA/AP Manager for The Baker Group, where he managed a team of accountants and the owner's personal financial endeavors. He also worked as tax staff at LWBJ. He has a Bachelor's degree in Accounting and Finance from Iowa State University. 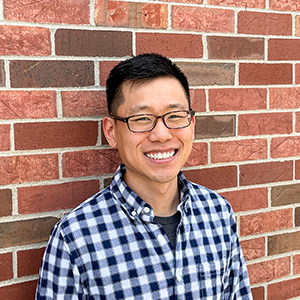 Prior to joining Tractor Zoom, Ben worked as a Software Consultant at Source Allies. He studied Software Engineering at Iowa State University. Ben is excited to bring knowledge and value to Tractor Zoom. 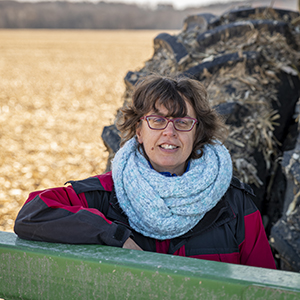 Cindy is a proud graduate of Iowa State University with a degree in Animal Science. Prior to joining the Tractor Zoom Customer Success Team, Cindy spent 19 years providing customer service and continuing education to Pharmacists and Pharmacy Technicians all over the world. Most recently, Cindy’s animal science background brought her to a central Iowa bull stud, where she managed daily operations. 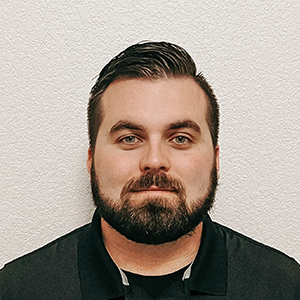 Dylan is responsible for discovering new opportunities and initiating new client relationships. Originally from Nebraska, he graduated from the University of South Dakota earning a business management degree. Dylan has prior success in the consumer lending and fintech space along with assisting farmers in the grain and livestock commodity markets. 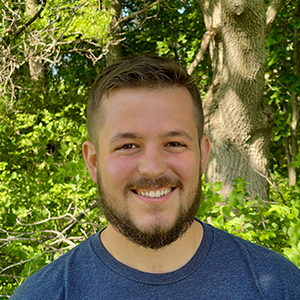 Everett grew up on a farm in Southern Iowa and traveled across the US on custom harvesting operations. With a rich knowledge of agriculture and machinery, he is excited to bring customers the most current data to drive knowledgeable decisions. In his free time, he enjoys spending time outdoors, playing guitar, and hanging out with his family. 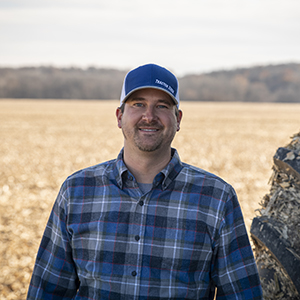 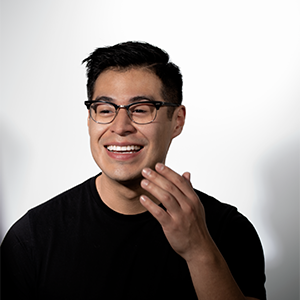 Prior to joining Tractor Zoom, Jeff studied Industrial Design at Iowa State University and at KTH Royal Institute of Tech in Stockholm, Sweden. Jeff is enthusiastic about User Interface design for mobile/web products. He is excited to apply a user centered approach to Tractor Zoom’s products. 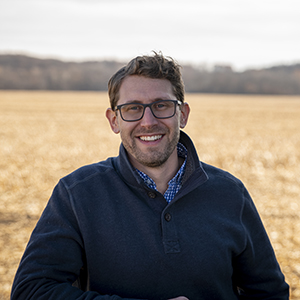 Jeremy is responsible for business development and customer success at Tractor Zoom. Prior to joining the Tractor Zoom team, Jeremy had been responsible for new logo acquisition in the B2B enterprise software world. Jeremy holds a bachelor’s degree in Marketing from Iowa State University. 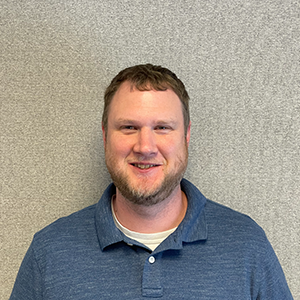 Jeremy is responsible for data collection and analysis, helping to ensure Tractor Zoom’s customers have the most accurate and up-to-date data as possible. He graduated from Grand View University with a Liberal Arts degree. With previous experience in EMS and agriculture biotechnology, Jeremy is excited to bring his analytical skills to Tractor Zoom and its expanding customer base. Outside of work, Jeremy enjoys spending time with his family, listening to music, and watching sports. 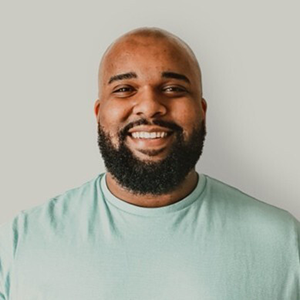 Originally from California, Jesse's been fully immersed in the FinTech industry out here in the Midwest for the past 7 years. He's found a lifelong niche in Client Relations, and as a Strategic Account Manager, he's looking forward to putting his FinTech experience to work forging relationships with a nationwide customer base! 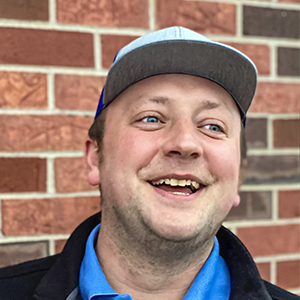 Prior to joining Tractor Zoom, John played vital roles in the expansion of the Iowa Craft Beer scene for 8 years from brewing to managing sales across the Midwest. After selling the brewery in 2019, John joined the Tractor Zoom Auctioneer Success Team in 2020. His focus on detail and customer relations prove to be an asset for the future growth of TZ. Originally from Davenport, he is an Iowa native and a proud Cyclone. In his free time, he enjoys traveling internationally and learning about different cultures around the world. 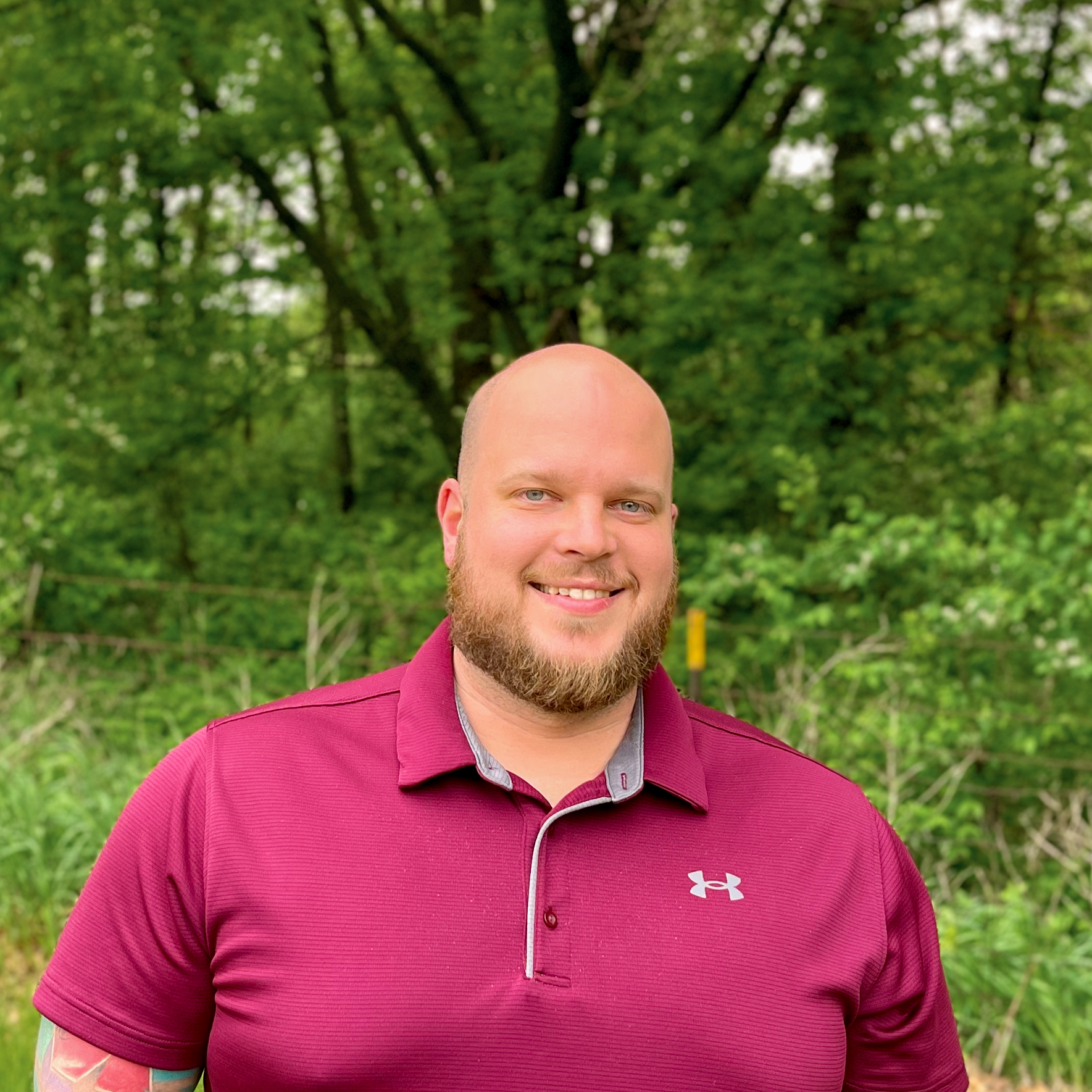 Ken Scalf is responsible for establishing and fostering relationships with Tractor Zoom's dealers nationally. Prior to joining the Tractor Zoom Team, he had a successful career with almost 10 years in the Office Equipment Industry as an Account Manager and Sales Manager. In his free time he enjoys lifting weights, going camping, and spending time with his family. 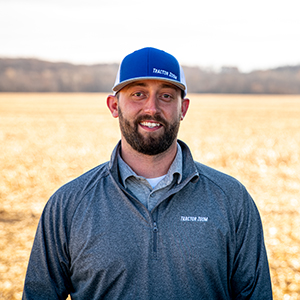 Matt Carstens is responsible for establishing and maintaining customer relationships at Tractor Zoom. He excels at staying current with market research, thus empowering customers to make exceptional financial decisions. Prior to joining Tractor Zoom, Matt spent eight years as Operations Manager for a lawn care company. Most recently, Matt worked for a large ag equipment dealer in central Iowa, where he gained a vast amount of knowledge all across the ag and turf industries. 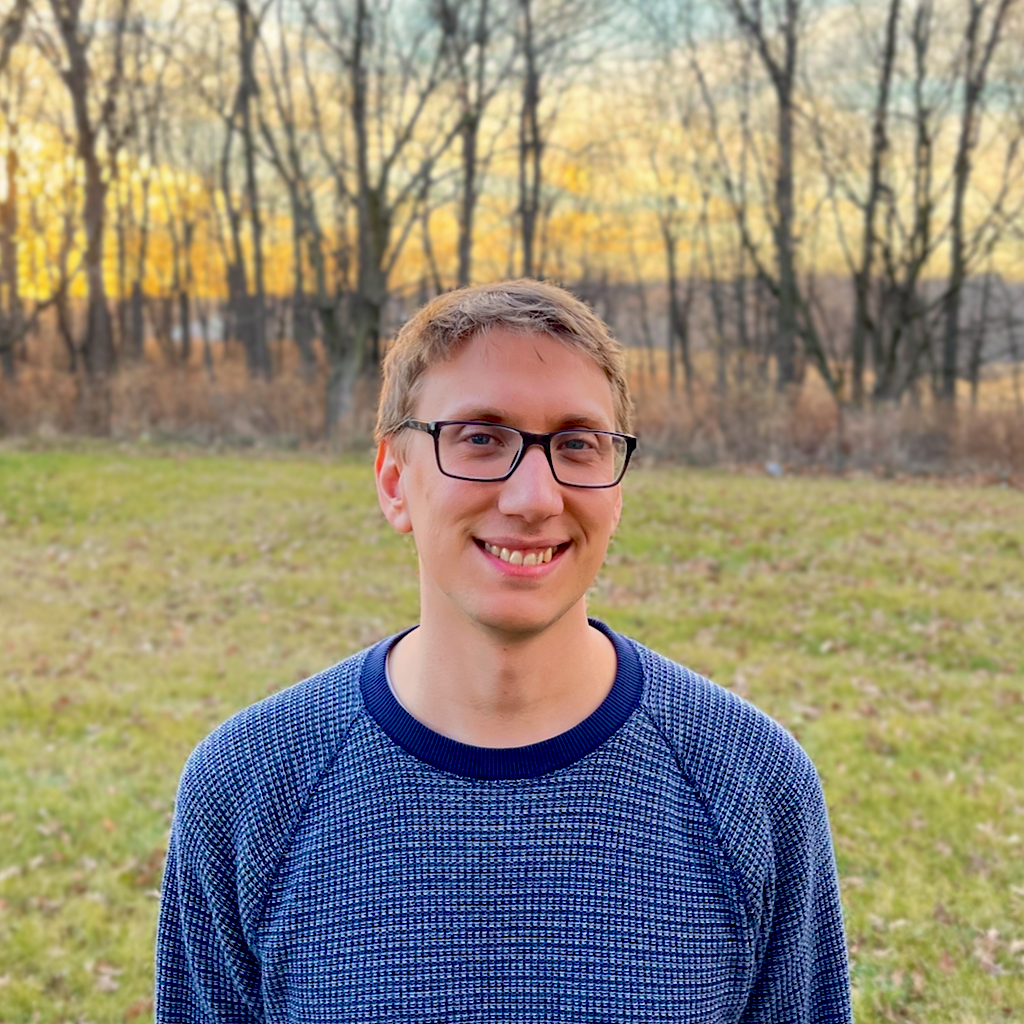 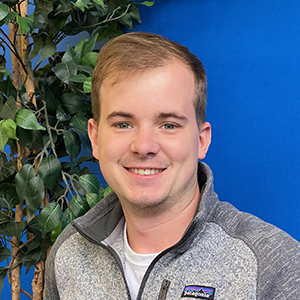 Prior to joining Tractor Zoom, Ross worked at John Deere as a Cloud Engineer helping move their on-premise applications to the cloud. He is passionate about software architecture and design patterns. As the customer base grows, Ross is excited to help Tractor Zoom scale and stabilize the equipment-shopping experience. 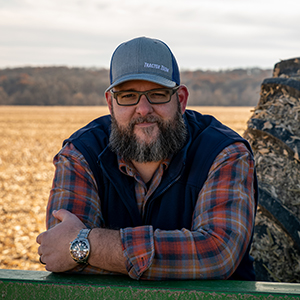 Ryan is responsible for Tractor Zoom’s social media presence and media creation. His strength is in creating connections between people and solutions using multiple different types of media, and working in social media to grow and promote diesel motorsports (mainly truck and tractor pulling) with Beer Money Pulling Team and the Lucas Oil Pro Pulling League. He is an alumni of Central Michigan University, and an avid motorsports photographer. 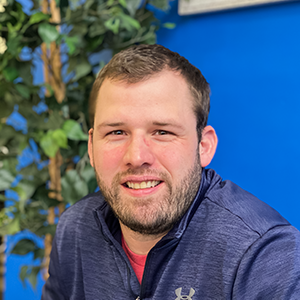 TJ is on the Product Team at TractorZoom helping us build farmer focused solutions. He graduated from Iowa State with a degree in Agricultural Business. For the past 10 years of his career he has been focused on helping farmers make more profitable decisions with data. Most recently, TJ was on the Product Team at Granular helping build Granular Insights and the data analysis tools utilized by farmers across the United States and Canada. 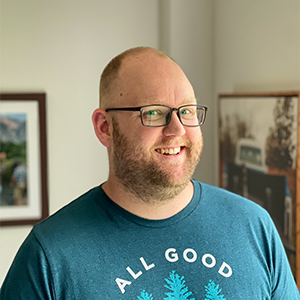 Prior to joining Tractor Zoom, Tayler was a Lead Software Engineer at Telligen. He has a Computer Engineering degree from Iowa State University. Tayler is excited to help add new features and scale the Tractor Zoom products. 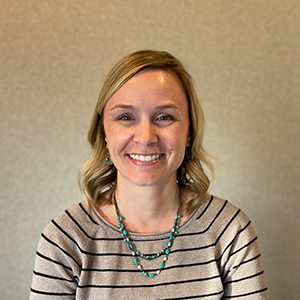 Tina Kendall is responsible for leading data-driven marketing strategies for Tractor Zoom. Prior to joining the company, Tina worked agency-side with clients across multiple verticals to deliver integrated marketing programs aimed at supporting client business objectives and KPI goals. As a graduate of Drake University, she earned her Bachelor’s degree in Marketing & Business Management. When not at work, Tina enjoys spending time with her friends and family, and can often be found trying to keep up with her two sons. 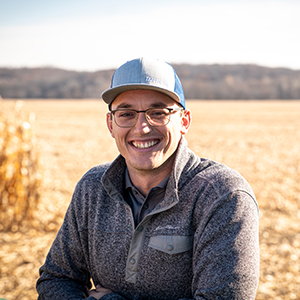 Tyler Lowy is responsible for business development. Prior to joining the Tractor Zoom Team, Tyler had a successful career in the IT Recruiting and Project Solution Space. Tyler holds a Bachelor's Degree in Business Management from Central College. Tyler wrestled at Central College after growing up in Phoenix, AZ.

Associations we are a part of 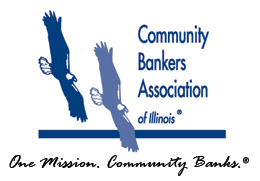 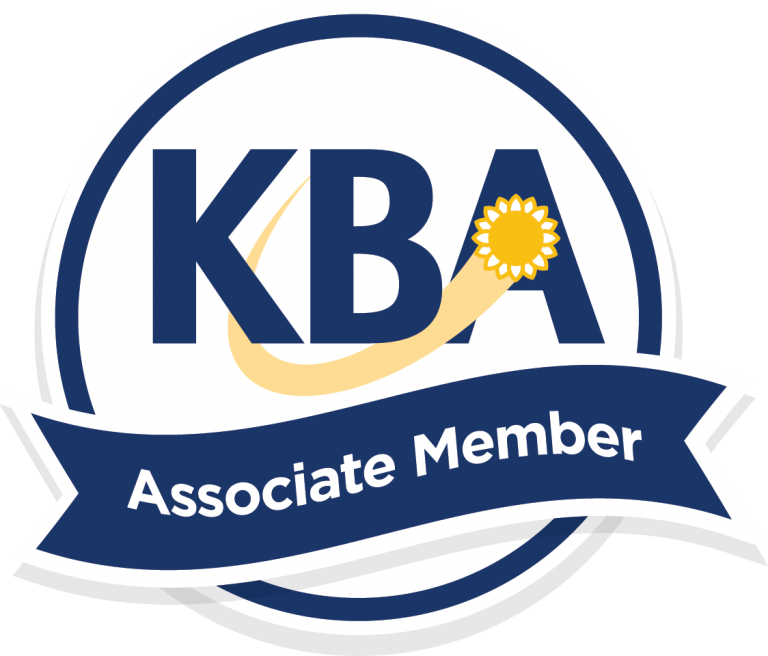